should you continue exercising when sick? 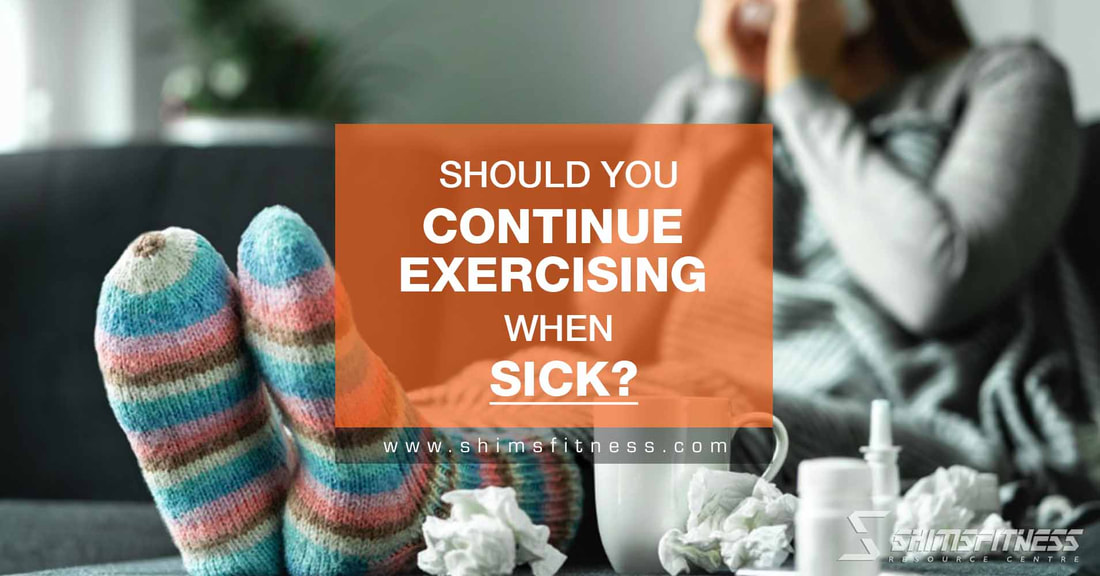 Falling sick will without a doubt, mess up your usual exercise routine in some ways or another. However, is it alright to continue working out even when you are sick?

Many experts use the Neck Rule when advising patients on whether to continue exercising or not. According to this theory, if you are experiencing symptoms that are above your neck such as flu, running nose or earache, you’re probably clear to engage in exercises.

However, if your symptoms are below the neck such as nausea, fever, diarrhoea, chest congestion, productive cough (cough that contains phlegm) then you may want to skip your workout until these symptoms subside.

Below are some examples of symptoms that are safe and unsafe for exercising.
Safe To Exercise (Above Neck) 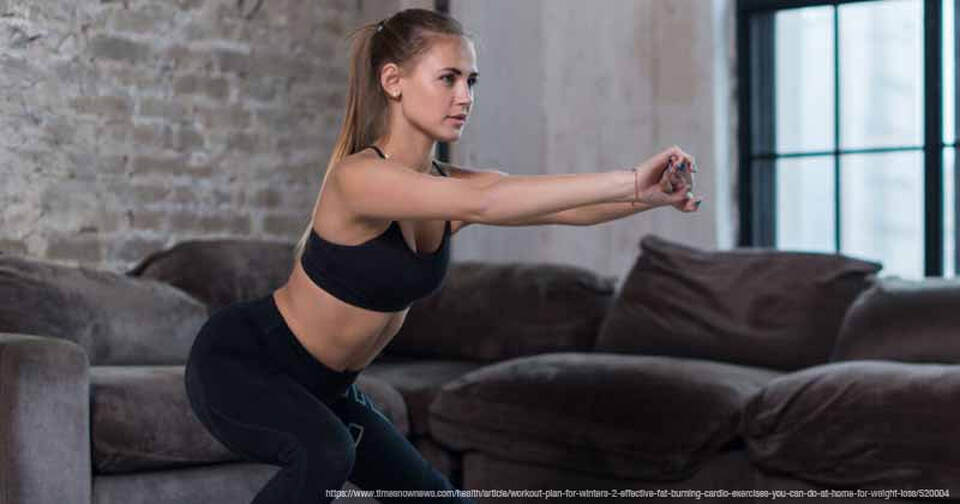 Though having these symptoms are generally alright to continue exercising, it is important to listen to your body and adjust your exercise to the right intensity during this period of time to avoid hindrance in the recovery process as well as your own safety during work outs.

One may experience stuffy nose, headache, sneezing or running nose. It is generally safe to continue working out if you have the energy to do so. Otherwise, you can choose to reduce the intensity of your workout or shortening its duration.

Do keep in mind that you might spread germs to others when you have symptoms of mild cold. Thus, practice proper hygiene such as washing your hands frequently, cover your mouth when you sneeze, to prevent spreading your sickness to others.

If you are only experiencing a mild sore throat and not any other symptoms cause by things such as eating too spicy or not drinking enough water, it is generally alright to exercise.

However, if you sore throat is associated with other symptoms such as fever, productive cough and difficulty swallowing, you should put your exercise on hold.

Earache include one or both ears. It can be caused by certain infection or changes in pressure. Generally, it is safe to exercise when having earache unless your balance is thrown off. Thus, before engaging in exercises that challenges your balance more, it is wise to practice doing that particular exercise with as little resistance as possible before loading up the weight to test if you encounter any issues with balancing.

Stuffy nose is the result of too much mucus in the nasal passages. It is a generally alright to continue working out if you are only experiencing nasal congestion. However, if it is associated with fever, productive cough or chest congestion, you should avoid working out
Not Safe To Exercise (Below Neck) 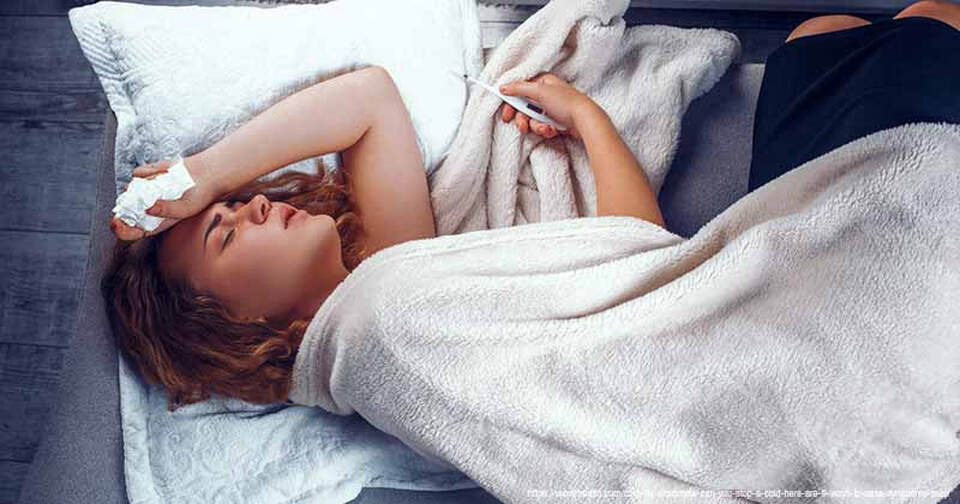 During fever, your body temperature rises above normal range. It can result in symptoms such as weakness, dehydration, muscle aches and loss of appetite. All of which can be dangerous if you were to engage in physical activity during this period of time. Additionally, working out increases your body temperature even further and can make your fever even worse. Thus given this circumstances, it is best to skip your workout.

Frequent coughing can be a symptom of respiratory infection. It also makes it difficult to take breath resulting in a more likelihood of breathlessness and fatigued. A productive cough which you are coughing phlegm or sputum out may be a sign of infection or other medical condition that requires rest and treated by doctor.

Illnesses that affects digestive system such as diarrhoea, vomiting, stomach cramp put you are risk during workout as there is an increase chance of dehydration and weakness which could cause injury to happen. Apart from that, stomach illnesses are highly contagious and can be easily spread to others. So if you really wish to, you may do some light exercises at home instead to be safe.

Influenza is a highly contagious illness that affect the respiratory system. The flu causes symptoms such as fever, sore throat, body aches, headache, cough and congestion. Choosing to engage in intense workout during this period of time may prolong the flu and delay your recovery. This is because high intensity exercise temporarily suppresses the body’s immune system making your body more prone to infections. Additionally, it can be easily spread through moisture produced by affected individuals during talking, coughing or sneezing.

All in all, it is more important to keep yourself healthy at the end of the day. Keep your hydration level up, engage in physical activity and have a healthy balance diet! An apple a day doesn’t necessary keep the doctor away but having a healthy lifestyle will definitely be much more effective. And if there is any doubt about going back to your exercise regime, always be safe and seek professional advice from doctors or medical experts.
Tweet
Follow @shimsfitness
Articles You Might Be Interested
Feel free to comment below or drop me a message on fitness related topic you would like to hear from me.
​
If you are looking for an experience and dedicated personal trainer that is equipped with a holistic fitness skillset ranging from being a nutritionist to bodywork therapist, and provides fitness training at your convenience, check out these services.
If you like the content, do remember to subscribe to ShimsFitness to get the latest update on sustainable fitness tips/contents and service promotions.