Diet Or Exercise - Which Should Come First? 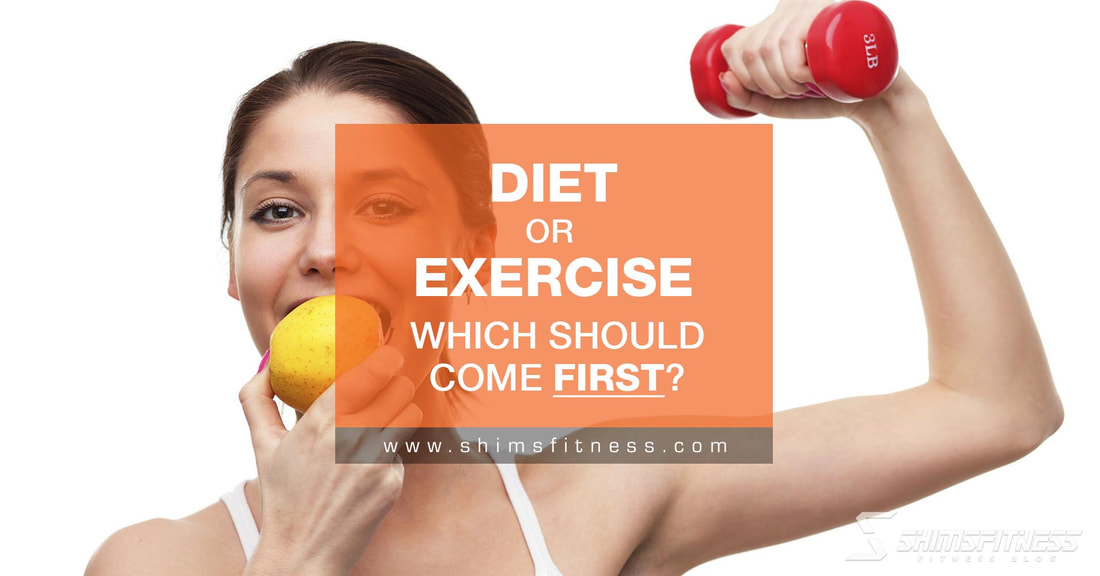 When it comes to weight loss, we always talk about doing both dieting and exercising. Today, we will go into the extreme and look at which should we focus on first if we want to achieve a sustainable weight loss.

Article Summary
Why even bother choosing one to do first when we all know doing both is the best?

​Yes, it is true that doing both is always the best BUT...
Many of the times the thought of needing to do both results in the failure to even start something to begin with.

How often did any of these statement slip into your mind during your road to weight loss? And how often did you feel like giving up knowing that there are just too many things you need to do?
​
When we talk about exercise psychology and motivation, one of the key aspect is to take a step at a time and focus on doing just one task right, building the momentum and moving forward from there.

Thus this article – if you want to focus on one aspect of losing weight, which one should you choose first, Diet or Exercise?
Taking the easy way out 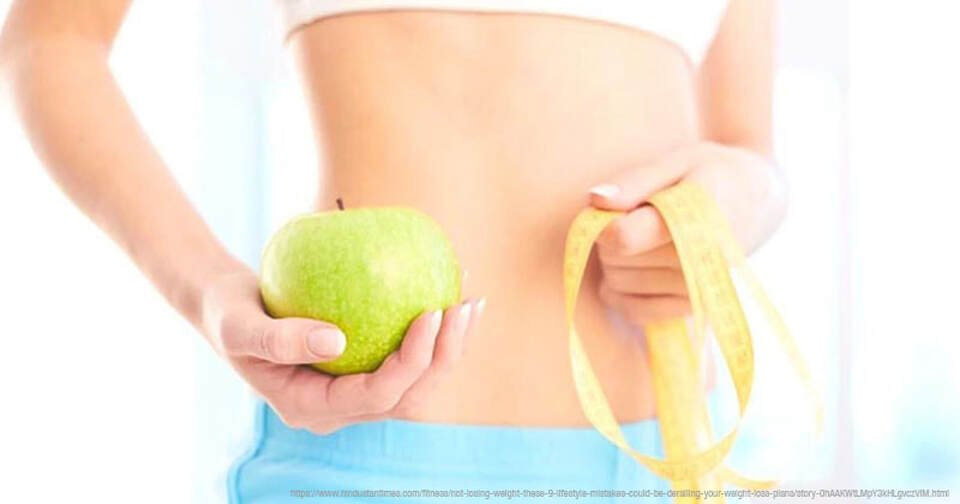 ​Dieting is probably the first answer you got in your mind when the question is thrown at you. Since we probably have been junking too much, not watching our calories intake; the solution is simply to eat lesser or watching what you eat.

Eg. A 45-year-old lady can consume very healthy meals, 3 times a day with total calories of 1200. However, her metabolism is only 900 due to her inactiveness and the lack of muscle mass. This results in her gaining weight.

In the above example, if she were to try and consume lesser calories for greater calorie deficit to lose weight, she will not be able to consume enough essential nutrients and minerals which will lead to greater health complication. Furthermore, consuming less than 900 calories a day will not be sustainable in the long run, especially when a simple meal can easily be more than 400 calories.

Similar logic applies to people who overeat; there are only as much calories you can reduce through dieting. Not to mention that during calorie deficit, your body will start to dispose off unnecessary resource-draining tissues so that your current calories intake can still sustain normal body function. Though this is why weight will be loss, it is also worth noting that a major part of the weight loss is from losing muscles. Muscles being an active tissue helps to burn more calories thus reducing muscle mass will result in the slowing down of metabolism.

On top of that, dieting can often result in quicker weight loss. On a psychological level, this often results in a person relying too much on dieting since it works, disregarding the fact that it will only work till a certain point and forgoing the part that more effort has to be put in later in the process as dieting can only get them to a certain result. This inevitability creates a mental barrier to exercising as it is harder and requires more effort and time. Since something easier (dieting) could help me get my result, why would I need to do something that is much tougher (exercising)?
Start with the more sustainable one 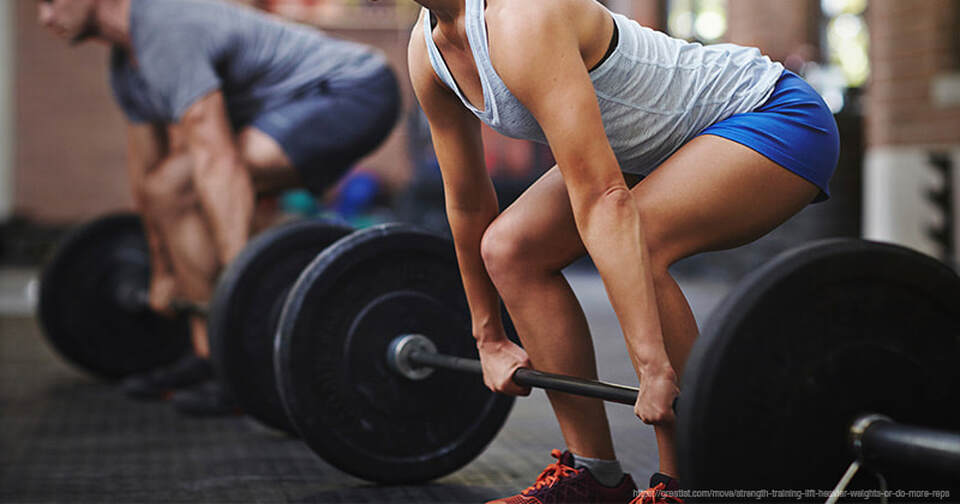 Thus, my answer to the article would be…  to start Exercising first. Here’s why.

1. There is no limit to how much calories you can burn

A guy who consume 1800 calories when his metabolism is at 1500 calories will only be able to reduce his calories consumption by another 300 calories (to 1500), not because to maintain his weight, but to maintain sufficient calories intake to ensure adequate nutrients and minerals uptake.

However, he could start exercising, incorporating an hour of strength training (which would burn around 400 calories) and 30 minutes of cardiovascular exercises (which would burn around 250 calories). This would raise his calories output for the day to 2150 calories, bringing him to a calorie deficit of 350, without having to diet. On top of that, the physiological effect of ), otherwise known as the after burn and post exercise recovery phase, would enable the body to burn more calories due to the repairs and recovery work within the body. Furthermore, through the strength training aspect of his workout, he would be able to build muscles, increasing his metabolism rate by approximately 100 within a month.

All these in general helps to raise his calories output to achieve greater calories deficit without the need for dieting.

2. Psychological Motivation
​
First of all, exercising have always been seen as the harder thing to do for weight management compared to dieting. And the progress is also much slower. It requires more time, effort and knowledge to execute. The progress will also be seen slower on the weighting scale due to the concurrent building of lean muscle mass and losing of fats. Which is why dieting is always the easier choice, but no necessarily the best for long term.

People who choose dieting first are often not motivated to start exercising whereas people who choose exercising first often are motivated to know more about healthy eating and apply them to further improve their physical well-being. This is also due to the fact that the people who choose to exercise first, have chosen the slightly harder task to do, making dieting much easier to comprehend. As for those who choose dieting first, as mentioned previously, they often rely too much on the short-term results that they got, making them reluctant to step out of their comfort zone.

But yes, you might be debating with the point about starting the harder task first because logically speaking, you should start with the easier one, build the momentum, leading to the harder task. But do not forget that being able to exercise 5 times a week, 30 minutes each can also be progressively done through taking a small step at a time.
Conclusion 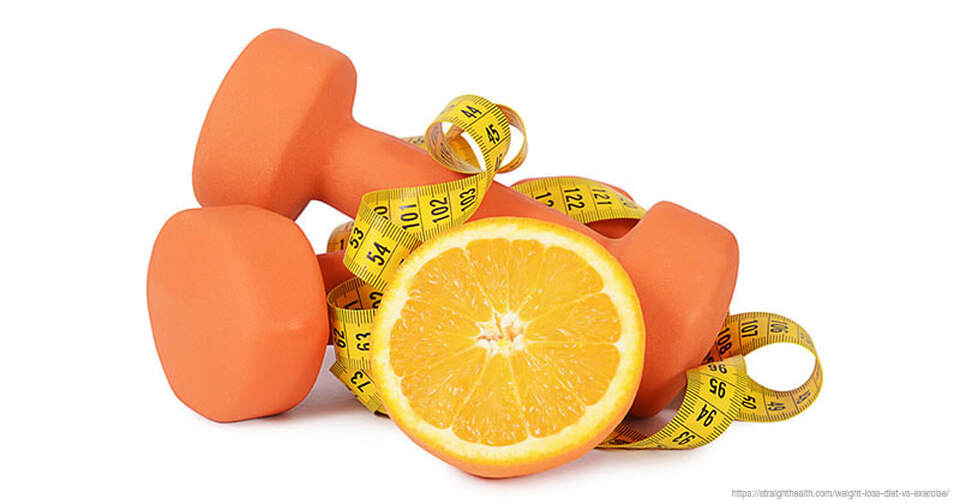 Exercising would be a more sustainable choice to pick as it helps to increase calories output with no limitation, build muscle mass to increase metabolism and often leads to people having more motivation to diet. Dieting on the other hand should not be done to an unhealthy level and often results in people relying on it too much, forgetting the fact that more effort has to be put in to develop a more sustainable and holistic weight management strategy.

With all that being said, once again, doing both together is the best as it does not put so much strain physically and on time wise, needing to exercise very regularly while at the same time, giving more tolerance to your food choices as any unnecessary additional calories intake could be compensated through your physical activities.

*Do note that the article is written based on general population. If someone is already severely over-eating or/and overweight, he or she should start on gaining proper knowledge on healthy eating and dieting first as knowledge is always the key to a sustainable healthy lifestyle while at the same time, choosing the right kind of exercises and frequency so as to safe-guard their lower body joints and muscles
Tweet
Follow @shimsfitness
Articles You Might Be Interested
Feel free to comment below or drop me a message on fitness related topic you would like to hear from me.
​
If you are looking for an experience and dedicated personal trainer that is equipped with a holistic fitness skillset ranging from being a nutritionist to bodywork therapist, and provides fitness training at your convenience, check out these services.
If you like the content, do remember to subscribe to ShimsFitness to get the latest update on sustainable fitness tips/contents and service promotions.